This is a guide I found on Steam today. The guide focuses around what to expect at each rank, and things to work on to improve your rank. Enjoy! 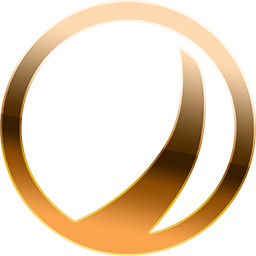 Welcome new players to the game! The players should be learning just how to play the game. Maybe they've been playing some casual or against bots to start out, but for the most part, the big emphasis is how to hit the ball and what are the controls. Games are usually quite erratic since everyone just drives around with no idea what to do. What a lot of new players don’t understand is the importance of the basic training packs that are built into the game. Start at novice, get at least 7/10, then continue to the next level. When missing a shot, keep repeating that shot until making it 3 times in a row. It’s also great to watch others play since players literally need to sink in some hours in-order to improve. There’s no cheat codes or tricks. Nobody starts out as a professional. 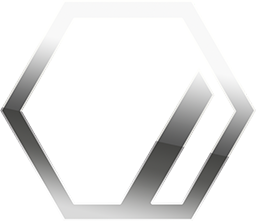 Now players form some consistency when making contact with the ball. There is less randomness and more of the mindset, “Here’s the ball, now I am going to hit it.” The pace changes slightly, and people start to realize core principles slowly. Still, most players don’t fully comprehend how to “properly” strike the ball. Silvers, for the most part, are attempting to learn the basics i.e. aerials, shooting, and goalie. Rotations have very little impact on the game. Most people are not aware of positioning and rotations. Some players may try to learn basic rotation, but it’s still usually not enough. For the most part though everyone is familiarized enough that they'll try to play either just defense or just offense. This is a big misunderstanding and really everybody should be rotating more and playing the whole field. The game is mainly geared toward who can hit the ball more consistently.

Everyone should have learned the basics, should know how to rotate, and an actual and controlled game can be played. The players have the skills necessary to build a foundation for themselves, but they lack confidence and consistency. They lack gamesense. Although capable of doing what's expected of them, these skills are still too new so the games are very slow and consist of a lot of hesitation. These new skills also introduce the importance of boost. Aerials are impossible without boost and many basic tricks are as well. Players have yet to learn boost management. It is key for everyone to work on understanding the movement of their car with or without boost and how the jumps work. A great way to improve on skills, boost, and movement is through training packs as well as replays from more advanced players. Yes, everybody should begin training from day one, but gold is the point when training packs are absolutely necessary in-order to strengthen the newly learned skills. The replays are important because more advanced players better understand how to use their boost and can set a great example. Everyone should think a lot about what they need to do in-order to build up their gamesense. 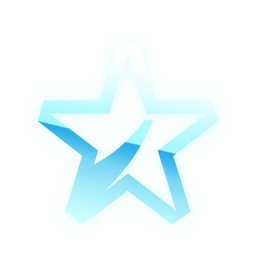 The players finally build confidence in their skills, whether that confidence is true or not. They've settled into their basic skills and start to branch out and learn more advanced techniques such as half-flips, air dribbles, ground dribbles, etc. The game-play speeds up significantly and they don’t need to rely on their teammate to get what used to be tough for them. Usually these players are way too over eager and it’s more of a battle within the team of who can get the ball first. Rare individuals sometimes develop patience, but that truly is a needle in the haystack. Usually there’s little sense of teamwork and awareness, and the main focus is hitting the ball because they can. This is a great time to really start focusing on timing aspects of dodging, jumping, boosting, and turning. Look around more. Maybe get out of ball cam every once in awhile and direct the focus toward the rest of the field. Always know where everyone is at all times. Also try to incorporate benefits of changing camera settings and controls.

The game starts to take baby steps toward competitive play. The players should have already developed a small arsenal of moves and tricks in-order to get that extra edge and continue to learn the remaining ones. Most people should have realized their density and begin to try to learn teamwork. A solid and smooth rotation is incredibly important as well as looking to teammates for help. Also, players generally find a position in-which they feel that they are the best at (ie. Striker, Midfield/Center, Goalie), and work to try and strengthen that position. This is definitely not a good thing although it usually happens anyway. A key part is understanding the game as a whole. This could mean getting past that one single position and trying to strengthen all aspects of play. This is a great point to start on more intense training packs especially defensive backboard reads and such. Introspection aka Self-replay analysis here can also start showing benefits. People start understanding (or should start) that making mistakes is essential and commitment towards plays is more needed than ever. Hesitation is where most people fall. Don’t think too hard; just go. That doesn’t mean Headless Chicken mode, but play with relatively thoughtful commitment. Try to find some consistent teammates. Lastly, Diamond is pretty much entry level to compete in legitimate tournaments and can start to be taken seriously as a player.

A very solid handle on the fundamentals of the game itself is an expectation. This is the start to mastering the game. The primary focus is to speed up the game, build consistency, keep to rotations, position well, and become a much better team player. These are all crucial components for success. Training packs are still very important to patch up the loose ends and to keep from falling behind. The main focus though is teamwork. In-order to truly succeed, players need to know how to work as a team regardless of whether they are solo-queued or not. There should be a lot more thought behind every touch as well. The focus needs to shift to what the best ways to play each ball or approach are, how to most productively pass the ball around in the air, and set up/finish plays. Gamesense as well as the individual’s range of knowledge can easily be the game changer in any given match. Too many mechanical mistakes may easily cause one and one’s team to suffer. This doesn’t happen very often though. Maybe there will be a mechanical mistake here or a double committed save there. For the most part, however, each game should be one that could be entertaining and good enough for an audience to appreciate. 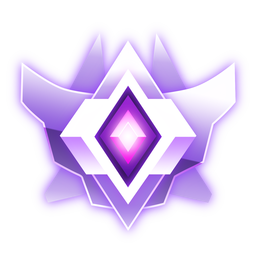 This is now the forefront of the game. Everybody is setting the pillars of the game. Grand Champions are indirectly working with the developers to build that game as it is. They are the ones who decide how the game will progress inside of what the developers have done. Grand Champions don’t learn knew skills; they create them. The goal at this point is to be better than the rest. They need to figure out how to set themselves apart just like the pros. One important note is that as good as these players are, nobody is perfect. Everybody makes mistakes and even the best of the best make them fairly often. The difference is how their teammates react to said mistakes, and how fast the player who made the mistake can recover and/or fix it. People continue mastering the game to the point of being a semi-pro or even as far as a pro. The most advanced of everything aspect of the game is used. The game is mainly about who can hold out the longest or who can outsmart the other team.
word count: 1497

"Be strong and courageous. Do not be afraid or terrified because of them, for the LORD your God goes with you; he will never leave you nor forsake you." - Deuteronomy 31:6
Top
Post Reply
1 post • Page 1 of 1